It’s been hard to get back to writing honestly. I’ve lacked inspiration with every sense of the word. But this post is long overdue. I was supposed to post it a month ago. This goes in conjunction with the AWAKE post, where I did show some pictures of this ‘Altar’ I had going on. This was never the finality of the Altar, this was just how it was for the moment while I was waiting to change it. But it was like this for the majority of the last month and a half, or maybe two months. So I want to show you this altar again, tell you why I included a signed lithograph of Alison Wonderland, and tell you why my altar is my safe place – and why being in Idaho is like being ripped away from the safe place I spent 7 months creating for the safety of my heart, mind, body, soul, future and past. But now mercury is in retrograde so I don’t know how the hell to do this. But here’s the altar, before the altar-ations. The album of the post is of course AWAKE by Alison Wonderland, and what I’ve got running through my head right now is…“Can we be okay?”. 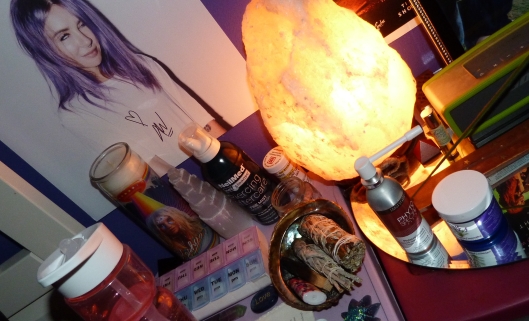 END_OF_DOCUMENT_TOKEN_TO_BE_REPLACED

When I first heard Lights’ song Ice in like 2009 or 2010, I fell in love. I watched the music video all the time, and totally fell in love with this beautiful creature that is Lights. But somehow she kind of fell off my radar until March 2013 when I found out she was playing an acoustic show here in Seattle so I quickly ordered her most recent album from the time (Siberia Acoustic) and fell IN LOVE with it! I loved her acoustics even more than her electro-pops! So I ordered all her discography and from then on she was (and is) on of my all-time favorites. And now I wanna talk a little bit about her album Skin&Earth which ranked as my #3 favorite album of the year 2017 (it literally won an award I made up, I’ll post about that next month) I got this cool pre-order bundle and fell in love with the album and blah blah blah…Wasn’t listening to it as much but yesterday I was trying to figure out what album to play while I got ready and shot my outfit, and I instantly knew it had to be Skin&Earth. This album brought up my spirits, I was reminded of why I love it so much, and it influenced this shoot in even some quirky ways. So a main chunk of this post is about this album and how amazing it is and it’s inspiration to me, but the other parts are some other really cool stuff including Danon taking me to the Sky View of the Columbia Center in Seattle, the tallest building on the west coast or something! But yeah there’s the September bundle of Lights merch I got that I scattered throughout this post, then there’s my Kicks photoshoot which is the like…main shoot and also inspired and broken-down by each song of this album, info on all my outfit and makeup deets, and of course wrapped up every little part with a sprinkle of Skin&Earth. By the way, this awesome black top and jeans are both from Stitchfix, sign up to get your curated box for whenever you want a fix! 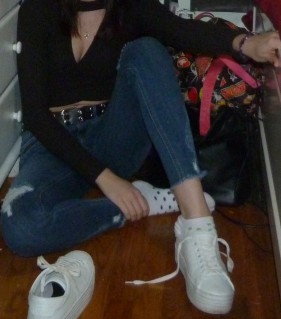 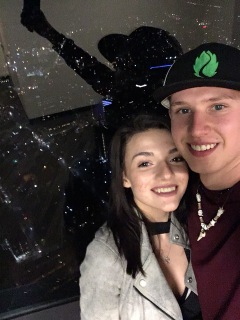