I’ve renamed this blog post about 4 times, but I think I finally have a title that’s going to stick. Here I have two blogshoots, both using my new Givenchy lipsticks, although ones a pretty raspberry and the other is a light nude rose. Two completely different outfits, but both are representations of some new things in my life. I can’t wait until I get new clothes but for now, I have this to post! 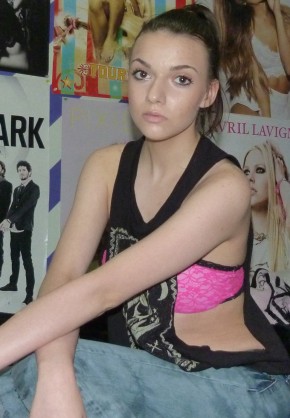 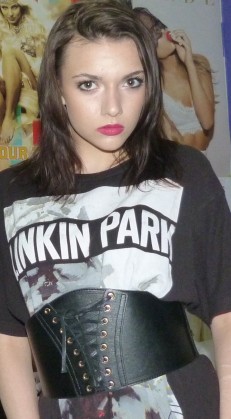 END_OF_DOCUMENT_TOKEN_TO_BE_REPLACED

Interesting story I just remembered…When I was in 3rd or perhaps 4th grade, I was stylin’ and cute as ever (of course). I think that was the time when I was transitioning from buying everything from Gymboree at my younger ages to Justice. I always had like one store that was my designated store for as long as possible before I got tired of it. First it was Gymboree (I still remember adding stuff to my cart and creating wishlists on there and ordering from there every season when I was like 7) and then it became Justice, which I became SO passionate about. Neon green jeans, peace sign tees, neon everything actually… Then it was briefly Kohl’s at I transitioned into middle school and junior high. And now it’s Nasty Gal. It’s been Nasty Gal for years. BUT back to my point…

In 3rd grade(ish) I was wearing such an adorable outfit one day. But when I went out to recess and saw that it was raining, I was SO cold. My friends asked why I didn’t have a jacket and I’m like “Because I’m wearing this shawl thing!” my mom and teachers kept telling me that a shawl isn’t a jacket, lol. So I hid in the corner of the blacktop just waiting for the cold to end, but dang I looked so adorable. These light pink colors with fun soft patterns — I don’t even own a shawl right now, but it’s cool that I did at some point! I’ve always been so fashion savvy. Hmm wait maybe I have old pictures. HAHAHA I was looking for old fashionable pictures of myself but all I found was a bunch of super hilarious pictures from 2007-2009! HAHA omg like when I got my first eyeshadow palette and Maren and I played with it… Or when Maren and I made music videos to the songs Can’t Be Tamed and Toxic. I was such a funny child.

Tbh idk what this is but it’s funny

when I got a new eyeshadow palette LOL

That’s so funny. Alright we all can have some great laughs at that. Anyway. Moving on.

Lately I’ve been wanting a pair of white sneakers. Pretty random, yes, and I’m not really sure why I want some. But the last time I got new sneakers it was my black vans, like nearly 3 years ago. And other than that I have another pair of vans but in bright orange that I got from Plato’s Closet and then I have these interesting high-tops from Shoedazzle from like 4-5 years ago. Other than that, all my old adventuring sneakers and stuff have retired. So I’m thinking…wouldn’t it be cool if I got a pair of those white Gucci sneakers? They have like a MILLION different designs for them. Tbh, these are the ones I want. Aren’t they so cute? OR THESE but I’m not sure how they would look with the heel down.  Cool idea though. But I don’t necessarily have $600 to spend on a pair of sneakers…Like I would totally use my credit for them but my credit limit is $500! haha. But I don’t know, I was thinking of just getting these Kendall + Kylie ones, because they’re affordable and adorable and obviously that’s one of my favorite brands. Hmm… By the time I post this I’ll hopefully have bought one of those already. It’ll be so perfect! For all my adventures walking a longass time in the woods, they’ll get dirty but they’ll show so many memories!

Last weekend, I wore something pretty interesting. Honestly, the outfit was…just so Abby. So completely in tune with me, and that’s not a bad or good thing. It was a strange outfit and I’m still not even sure if I was able to pull it off, but it’s definitely something that I would wear and it definitely spoke volumes. There were some little pieces to this look that were really annoying, but mostly it was a super fun outfit and I’m glad I wore it. I only got a few pictures, but I thought I’d show them anyway.

END_OF_DOCUMENT_TOKEN_TO_BE_REPLACED

It’s such a bright beautiful day outside! I’m so happy, things really have been looking up. I didn’t know it could be this good. But anyway, still haven’t been shopping as much, however I did order from The Kylie Shop and get a flame lighter, Kylie socks, two iPhone cases, and these awesome flame sweatpants. They’re size S but they’re really huge, and SO comfy! This photoshoot is called Girl On Fire.

END_OF_DOCUMENT_TOKEN_TO_BE_REPLACED

In 2002 (age 4), I was trying on a dress using the slip that my mom bought for it. After putting on the slip, I thought it was so cute! I asked my mom if I could wear it by itself but she said no. But I was so excited about how it looked so I threw on some purple socks and used a head-flashlight thing as an accessory. I started modeling for them until my mom finally got the camera. I had loved this shoot, it was so fun, and that’s one of my earliest memories when it comes to fashion. And so on life went…

END_OF_DOCUMENT_TOKEN_TO_BE_REPLACED

I don’t think people even realize how crazy that New York trip was to me. My boring life, my lack of lust for life in my “photoshoots”, and yet I proved so many things for myself.

Okay, so first off: I was going to Teen Vogue in NY and so I had to pack up for the weekend.  So the night before, I was sitting there with Ally and I realized I needed to pack my clothes for the trip. I grabbed a few gorgeous shirts, with lace and mesh and all that jazz, just because I loved them. Then I grabbed some typical bottoms, including some bold pieces…and I totally brought those red long pants with the lace halter top and how the colors match perfectly its like crazy! I didn’t try any of this on before going! It’s amazing…

So I wrote that on May 19th as a part of this Diary of a Shopping Enthusiast. Honestly what was I even talking about? Yeah the New York trip was super cool, and yes it is cool that I ended up with such great outfits even though I just grabbed a bunch of random things, but I always do that. (By the way, as I write this it’s May 31st). Heck I mean last Tuesday I had to bring 4 outfits for my headshots, and all I did was take a ton of shirts and pants and shoes and put them into a bag really quickly because I was running late. Turns out I picked SUCH great pieces! My photographer picked out outfits from the bunch of random clothes that I had, and they all turned out to be dope. One of my favorite dresses (a cute blue one) went so well with my retro-esque floral chunky sandal heel shoe things. Hahaha it looked so good, and we found a cool alley and I can’t wait to see the pictures.