The craziest thing happened to me the other day. I was looking through all my concert merch, and yes I do have over 60+ concert/celebrity t-shirts, and it’s crazy because I totally just noticed that 3 of my favorites are all from rap concerts. It’s interesting because at the ScHoolboy Q concert they only had like one or two shirts and then CDs and that was it, at the Felly concert they had 3 shirts and that was it, and things were pretty scarce at the A$AP Rocky concert as well. So not as many options…However, these shirts are like so much cooler than some of the basic merch out there! Like do you know how boring it is to have 45 black shirts that are almost exactly the same, just with a different image on the front? It’s strange. So I was looking through all of those and yeah they’re pretty cool, but honestly, I love these two long sleeve rap shirts with this tie-dye A$AP shirt. They’re like my favorite pieces of merch. I posted about the Felly concert stuff but didn’t post about ScHoolboy or A$AP, but I’m about to reconcile with that right now. 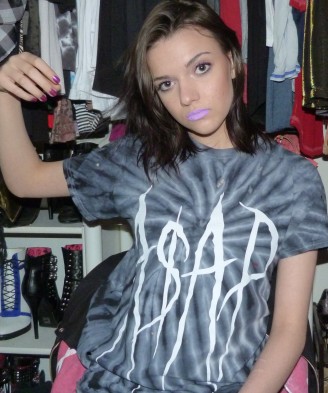 I’m going to start with my A$AP Rocky shirt. I got this in like November of 2015, so yeah it’s ancient. They had a few options for A$AP merch but I got this awesome tie-dye shirt, with little distressings. I think it’s pretty unique compared to a lot of concert merch. 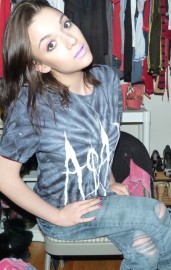 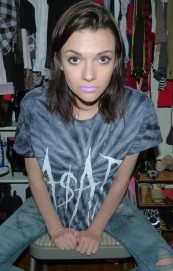 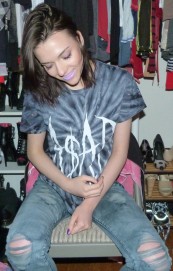 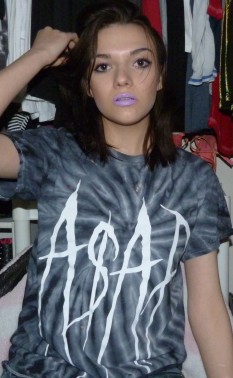 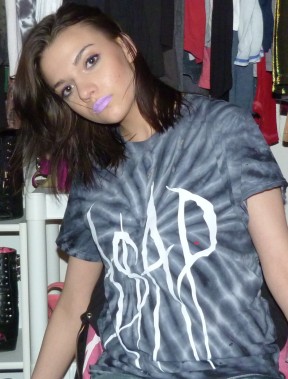 This photoshoot is called Fashion Killa which is the name of an A$AP song! The look –

So yeah my looks have been kind of simple these days, but trust me I have some AWESOME looks coming!!!! But this post is mainly to show off some of my favorite concert merch. Last month after the Felly concert I was sluffing hard, with a really generic look but I took a few pictures to at least show what the shirt looks like! 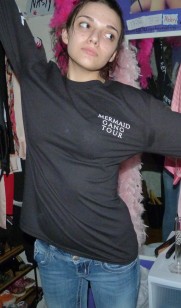 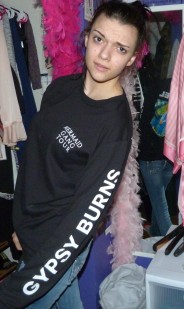 This photoshoot is called Young Fel which is written on the back, and is also Felly’s newest EP name. The look here is super simple and my hair is crazy and my face is crazy, but isn’t this concert tee awesome? Felly had like 3 shirts being sold and this was one of them, and I love how it looks. Simple yet really cool.

Anyway so there was a couple of examples of rap merch…So yeah :p I love it. I also have a ScHoolboy one that I adore! I might do a look for it if anyone wants.