Good morning world. Today is a post that is sort of over-due but at the same time I’m glad I took the time I needed. On October 16th I saw Bebe Rexha for the second time and not only met Bebe that night, but Danon too. I’ve blogged about our crazy meeting before but this post is all about all the merch I got from the concert, including the VIP things. Not only that, but I happened to buy 2 shirts at the concert, both in size Medium unisex (that’s all they had left) and one happened to fit Danon, SO this crazy kid agreed to do a shoot with me! Crazy how I got two of them and crazy that we were able to do this shoot and…everything is crazy but totally completely awesome. So yeah I’m excited to share my merch with you, because there’s so much about this night to love. This picture is a perfect example because not only are he and I wearing the Bebe shirts but in the top left corner is my VIP poster that I got and had Bebe sign at the concert. 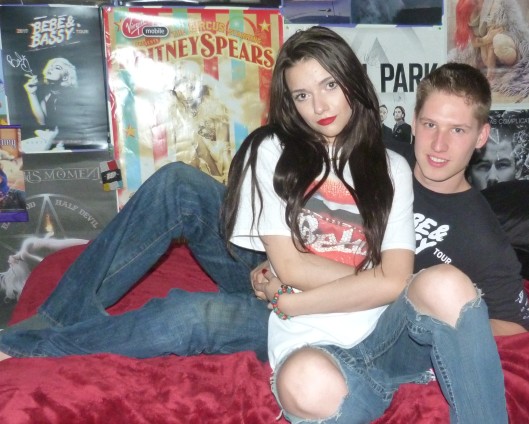 So on October 28th, like nearly 2-weeks after the Bebe concert, I did a shoot I call The Way I Are, where I finally wore the white Bebe shirt and it was so perfect because I had shot that the morning before I got to go and meet some of Danon’s fam and carve pumpkins so I was in a rush but I was excited, so here’s my cute little mini shoot of that. The look –

And yes, I do sooo many shoots just sitting there on that spot of my bed, but a lot of those aren’t my full effort and I’m trying to branch out more now these days but either way it’s fun and I love it sooo 🙂 Hahaha but now the BEST part! My boo and I, in the shoot I call I Got You!

“I got red lipstick all over you!” “It’s okay, I asked for it.” Hahaha this was so so fun. This kid is ADORABLE. Now I guess I can give you guys the list of the Bebe merch I got, because it’s an awesome list. I got some cool pictures and some random pictures. Lol.

In order from when I got them: 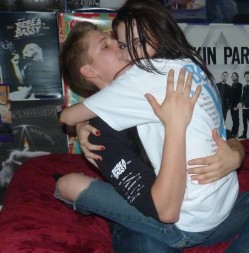 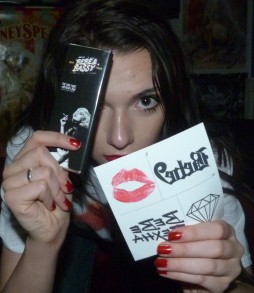 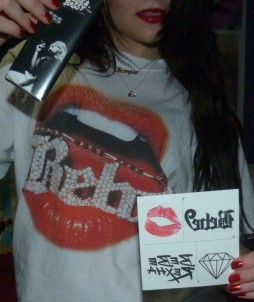 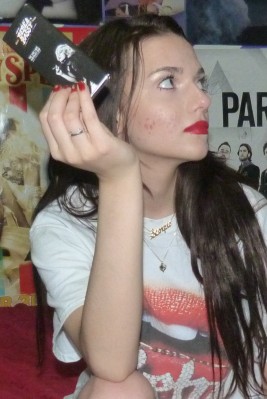 So that’s all my Bebe merch from the concert, and that’s all the fun from this post. How’d you guys like it? I hope everyone has a fantastic day and that your chakras may be balanced!! Heart emoji x7

Oh yeah and HAPPY BIRTHDAY TO ME!! My birthday shoot this year was this one with Danon!! Best birthday ever!!