Hey guys! So it’s September which means we’re fading from summer to fall (in Seattle at least) and my style’s been transitioning with that flow. I’ve been doing lots of little shoots here and there and not really in-depth with any of them, but I have some to show. Last September on the 2nd I posted 3 outfits where I went from end-of-summer style to transitioning to an actual fall time outfit.

This year, I have 3 looks as well, but they’re a lot different of a direction. We start out with my shoot from the 26th called Coke-A-Cola which included this cool coca-cola shirt that I got years ago and distressed it awesomely, piled with long hair on top and jeans that have never fit me in my life until now. Then, on the 31st, we have Daydream which was such a nice night for me and how I dressed up (well not dressed up but like…wore clothes lmao) to go to dinner with my mom, and this outfit is actually a pretty classic September-vibe outfit (and it includes a new thrift find).

The last one isn’t an outfit, I just really wanted to shoot this Oops, I Did It Again shirt. The idea board I had goin in my mind for this shirt shifted a lot as I went from wanting to make it a real outfit to then deciding I wanted to do a “Shameless” (not the TV show, but the actual concept) shoot and honestly the Oops, I Did It Again part was SO perfect for this. It’s like oops, I did it again, I made a fashion faux-pas, but gladly rocking it! 😉 I actually totally love it. I took this shoot immediately after getting out of the shower on Sept 1st, and after putting on makeup and stuff I did a separate shoot but this shoot was definitely raw and fresh. 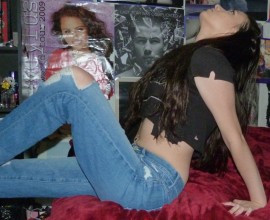 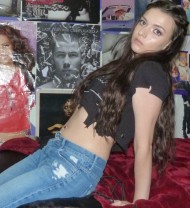 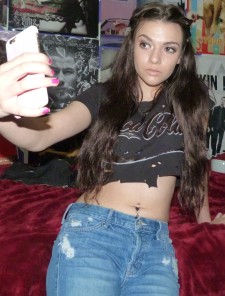 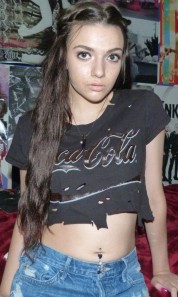 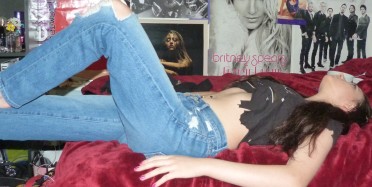 Song of the Shoot: Cola by Lana Del Rey

Song of the Shoot: Daydreamin’ by Ariana Grande

SHAMELESS – THE LOOK AND THE POINT

No makeup, 10 minutes out of the shower, an “Oops, I Did It Again” shirt, silky-ass panties, and my face looks like its still breaking out but the GOOD news is it’s finally recovering from me trying 2847 different cleansers within the last couple of months. But the whole point of this is I had an idea of making a “Shameless” shoot and then I thought about how I’d been wanting to shoot this shirt, and it just worked together so perfectly. Because truthfully, I am quite shameless, my confidence in in-tact and I don’t think there’s anything wrong with body confidence so I choose to rock it. So that’s a good way to end this beginning-of-fall (almost) post, it’s a really good way to conclude. So there’s my looks for this time, I’ll be posting soon about some cool new looks plus fitness styles.

Song of the Shoot: Oops!…I Did It Again by Britney Spears