“There are reasons you keep your hands tied

So if you gotta tell me something

You better go to the beginning.”

Everybody Breaks A Glass by Lights – Song Inspo of the Post

I have a lot of Lights merch. At one point, I want to catalog all of it, an have it in an organized way where it can be found in the abyss of my other millions of tags and categories of this site. I decided to do a shoot with this Lights shirt that I got that is from her first era, The Listening album, and at first I wanted to make the post about the Listening era/album but the shoot spoke to me as Everybody Breaks A Glass. What I was going through, what I’ve learned and what I’m going through, it really ties into this song. Especially with the state I was in while shooting this outfit. So I got dolled up and ready to shoot this awesome outfit outside infront of these insentient cars, playing around with the sun’s glorious and hidden lighting; and with all of that, I do have a message to share with y’all.

This look was honestly so amazing to me. It was done March 11th and I’m JUST NOW getting around to blogging it but damn that was such a beautiful day and my makeup looked good and I spent a good hour or two at least on this shoot. This song means a lot to me because it’s really relatable lately. When I was younger I took the song at face value which I think still hold it’s strong meaning, but as I went through some things myself I found more into the song that I didn’t really see before, in a light that really made sense to me. Deep meanings that have affected me. And yet this still came out of it. Let’s check out this outfit and get the gist of the itemizing and then let me expose more to you about how we all forget to sleep, and crash at someone’s feet. Right now I’m rocking, but “everybody skips a beat as we let the chances pass, the fear we held so fast. Let’s start this blog post out right with the 20 second introduction video I made just to throw right here. Scroll below that intro to fun junk to get to the outfit and the guts & glory!

Everybody breaks a glass. 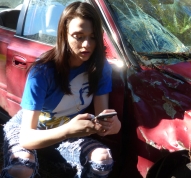 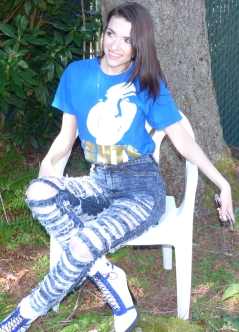 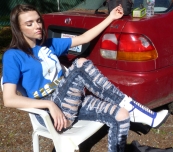 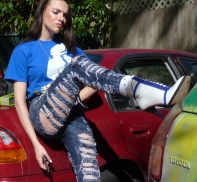 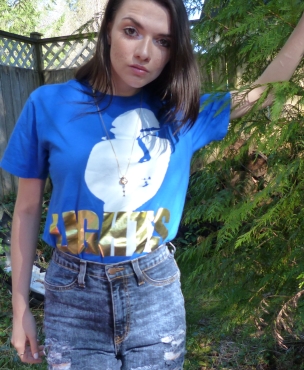 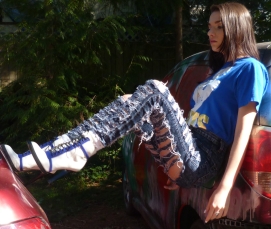 It was SUCH an unbelievably sunny day out. It was so perfect for this shoot. I swear I spent at least 2 hours shooting and then there’s all the editing and detailing the videos and having complications with them…but maybe it’ll be worth it, maybe you guys will see how bombass this really is! Anyway, so we have two junk cars outside our house and one needs to be hauled off to the junkyard and another is like the new smoke/chill spot full of blankets and stuffed animals (Betty! She’s the spray painted car. I’m going to do a shoot with me spray painting her soon! Maybe next week if the weather permits?)

UGHHHH I’m about to cry but I’ll keep going.

I have so so so many ideas for blogshoots and things coming up. Just last night I did a night shoot with the help up Ally, re-using my Girl Gang shirt that I used briefly in my THE Gangstress. 3 Years! post. But this shoot is outside, random, and lazy. In a fun way though! That’ll be cool. It was my first shoot since the 2nd of this month. I’m really behind…things are getting really really hard for me. I’m trying not to let it get to me, but I legit cry while writing this and while spending hours editing videos and having spent hours editing one freakin’ photoshoot. But you know what? It was a pretty dang awesome photoshoot. I can’t help but be proud, and proud of all the words I still have to relay to y’all. I love the two friends that I have and I love Ally and I love my family, and I guess they tell me I can do this, so I will. The trick is, I can’t do it half-heartedly. I pour my soul, my mindset, my intellect, my intuition, emotional currency and everything else I’ve got into these blog posts. Let’s keep it rolling, this will not go to waste! Next chapter.

“And here I’m standing in the middle

Not just a little but a hill full

Wondering how I got a head cold

Wishing I didn’t know what I know.”

That’s the truest lyric I’ve been facing lately. Let that sink in a little bit, and let me show you my interlude video that I call Hillfull. I was coked out when I did this photoshoot last month, and it’s been a while since I’ve done it, but it hurts to live a life where I feel like I hate myself so much that there’s no reason to keep ideals. I love myself when I’m able to blog, I love myself in these pictures, but I’m truly struggling, and I’m being honest.

Let’s get into the glam & details of my outfit I guess. 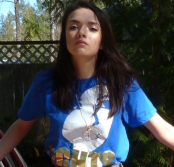 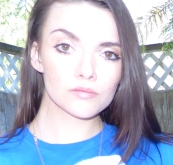 Rewinding back to earlier lyrics, remember when she said:

“We all forget to sleep

and crash at someone’s feet

Everybody skips a beat

We let the chances pass

The few we held so fast

Everybody breaks a glass.”

These lyrics SHAKE ME. SOOOOO MUCH. They make me want to dive back into my world of bad habits because all that’s in this world is expectations and limitations and ideals and people thinking they know what’s best when my heart feels like it falls apart every f&king day, you know? I wish I could be honest. I wish I could be more candid. I wish I could belt the truth, but I’m not supposed to. How I’ve been with cocaine is a messy river that is hard to even chase after. After years of listening to that song, I realized the song was about cocaine, especially when Shad said:

“The places that we go to cope are so strange

When we fall we got more than our shoulders broke

It’s why we overdose on cocaine

Get our brain’s comatose, there’s no blame

BUT NOT FOR YOU AND I. 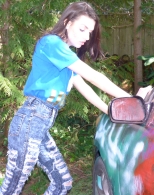 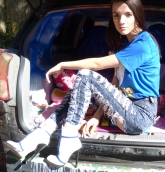 Everybody breaks a glass. 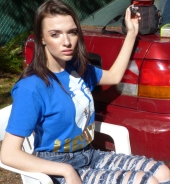 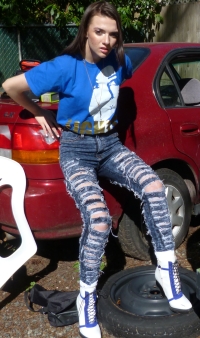