Once upon a time, I was in the fairy tale city of New York, touring Teen Vogue and Conde Nast. I took a goodie bag on the way out and the first thing I opened up to was this little mini pouch of 3 mini Dior brushes. I was so shocked and excited when I saw the “Dior” name on it and a lot of the goodies were lame but a lot of them were really fun. This was the first Dior thing I ever owned. I keep it in my makeup bag for on the go. The second thing I ever owned from Dior was a little mini of Poison Girl perfume. And then for some reason I ended up falling in love with the brand… 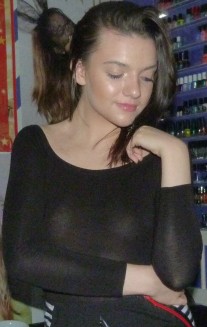 END_OF_DOCUMENT_TOKEN_TO_BE_REPLACED

Interesting story I just remembered…When I was in 3rd or perhaps 4th grade, I was stylin’ and cute as ever (of course). I think that was the time when I was transitioning from buying everything from Gymboree at my younger ages to Justice. I always had like one store that was my designated store for as long as possible before I got tired of it. First it was Gymboree (I still remember adding stuff to my cart and creating wishlists on there and ordering from there every season when I was like 7) and then it became Justice, which I became SO passionate about. Neon green jeans, peace sign tees, neon everything actually… Then it was briefly Kohl’s at I transitioned into middle school and junior high. And now it’s Nasty Gal. It’s been Nasty Gal for years. BUT back to my point…

In 3rd grade(ish) I was wearing such an adorable outfit one day. But when I went out to recess and saw that it was raining, I was SO cold. My friends asked why I didn’t have a jacket and I’m like “Because I’m wearing this shawl thing!” my mom and teachers kept telling me that a shawl isn’t a jacket, lol. So I hid in the corner of the blacktop just waiting for the cold to end, but dang I looked so adorable. These light pink colors with fun soft patterns — I don’t even own a shawl right now, but it’s cool that I did at some point! I’ve always been so fashion savvy. Hmm wait maybe I have old pictures. HAHAHA I was looking for old fashionable pictures of myself but all I found was a bunch of super hilarious pictures from 2007-2009! HAHA omg like when I got my first eyeshadow palette and Maren and I played with it… Or when Maren and I made music videos to the songs Can’t Be Tamed and Toxic. I was such a funny child.

Tbh idk what this is but it’s funny

when I got a new eyeshadow palette LOL

That’s so funny. Alright we all can have some great laughs at that. Anyway. Moving on.

Lately I’ve been wanting a pair of white sneakers. Pretty random, yes, and I’m not really sure why I want some. But the last time I got new sneakers it was my black vans, like nearly 3 years ago. And other than that I have another pair of vans but in bright orange that I got from Plato’s Closet and then I have these interesting high-tops from Shoedazzle from like 4-5 years ago. Other than that, all my old adventuring sneakers and stuff have retired. So I’m thinking…wouldn’t it be cool if I got a pair of those white Gucci sneakers? They have like a MILLION different designs for them. Tbh, these are the ones I want. Aren’t they so cute? OR THESE but I’m not sure how they would look with the heel down.  Cool idea though. But I don’t necessarily have $600 to spend on a pair of sneakers…Like I would totally use my credit for them but my credit limit is $500! haha. But I don’t know, I was thinking of just getting these Kendall + Kylie ones, because they’re affordable and adorable and obviously that’s one of my favorite brands. Hmm… By the time I post this I’ll hopefully have bought one of those already. It’ll be so perfect! For all my adventures walking a longass time in the woods, they’ll get dirty but they’ll show so many memories!

In 2002 (age 4), I was trying on a dress using the slip that my mom bought for it. After putting on the slip, I thought it was so cute! I asked my mom if I could wear it by itself but she said no. But I was so excited about how it looked so I threw on some purple socks and used a head-flashlight thing as an accessory. I started modeling for them until my mom finally got the camera. I had loved this shoot, it was so fun, and that’s one of my earliest memories when it comes to fashion. And so on life went…

END_OF_DOCUMENT_TOKEN_TO_BE_REPLACED

I don’t think people even realize how crazy that New York trip was to me. My boring life, my lack of lust for life in my “photoshoots”, and yet I proved so many things for myself.

Okay, so first off: I was going to Teen Vogue in NY and so I had to pack up for the weekend.  So the night before, I was sitting there with Ally and I realized I needed to pack my clothes for the trip. I grabbed a few gorgeous shirts, with lace and mesh and all that jazz, just because I loved them. Then I grabbed some typical bottoms, including some bold pieces…and I totally brought those red long pants with the lace halter top and how the colors match perfectly its like crazy! I didn’t try any of this on before going! It’s amazing…

So I wrote that on May 19th as a part of this Diary of a Shopping Enthusiast. Honestly what was I even talking about? Yeah the New York trip was super cool, and yes it is cool that I ended up with such great outfits even though I just grabbed a bunch of random things, but I always do that. (By the way, as I write this it’s May 31st). Heck I mean last Tuesday I had to bring 4 outfits for my headshots, and all I did was take a ton of shirts and pants and shoes and put them into a bag really quickly because I was running late. Turns out I picked SUCH great pieces! My photographer picked out outfits from the bunch of random clothes that I had, and they all turned out to be dope. One of my favorite dresses (a cute blue one) went so well with my retro-esque floral chunky sandal heel shoe things. Hahaha it looked so good, and we found a cool alley and I can’t wait to see the pictures.

END_OF_DOCUMENT_TOKEN_TO_BE_REPLACED

Hey guys! I know it’s been a little bit since I’ve posted last, and I’ve been trying to decide what I should post next. I have a few ideas, but it’s been a while since I got new clothing pieces to work with, so mostly I’ve just been bored waiting for my shipments to come in. (I have some exciting stuff coming!) But I thought I would start this new sort of series called Diary of a Shopping Enthusiast, and it’s basically going to be me talking all about what I’ve been wanting to buy, what I’ve recently been buying, and also my super long wishlist of stuff I wish I could someday buy. I love talking all about all of this because shopping really is a hobby to me, like even when I don’t have money it’s bomb to just scroll through Nasty Gal or Sephora for days reading reviews and making plans. So continue reading to see what’s been on my shopping-mind lately!

END_OF_DOCUMENT_TOKEN_TO_BE_REPLACED

Yay! Another day! I’m alive, I’m living, I’m learning, I’m loving, I’m listening. You know when I first started this blog it was mostly about shopping for fashion. Now it’s like…not only shopping for fashion, but taking things I already have and creating new outfits, fashion…It doesn’t have to be a bunch of new stuff I bought on a shopping spree. I have so many beautiful clothing items to work with! So, I asked Ally to give me a topic and from that I was going to build and interpret my own outfit. This is what she said:

“…Something cozy, but cute and unique. Something that would keep you comfortable and snugly, and yet if it could speak, it would scream.”

So this is what I came up with!! Tell me what you think, did I nail the idea or was I so far off? Also, if you ever want to give me an idea or topic or theme etc for me to make into an outfit, then PLEASE feel free to comment it or email me at abby@ishopfordays.com. I love doing this… It’s so fun! I call this photoshoot “Scamp” because I was watching an episode of Adventure Time called Scamps and it was really cute and I thought it was a cute random name.

END_OF_DOCUMENT_TOKEN_TO_BE_REPLACED

Hey y’all! I just want to say, a year ago today I was doing my Marilyn shoot for my Marilyn, Knits & Memories blog post and today I’m photoshooting with simply a glossy lip stain and super fluffy faux fur coat. I sure tried a lot harder on the Marilyn shoot than I did with this one, but yet the pictures from today are somehow still better. I really need to get back in the habit of blogging more often!

Anyway, I got a faux fur coat from Nasty Gal for $198, and it’s so fun! A couple days ago I took a few pics with it on and today I took a few more but overall there was like less than 15 photos total, whereas last year I took over 50…Lol, but hey, I’ll try harder soon. No more empty promises. Here’s this fun look! 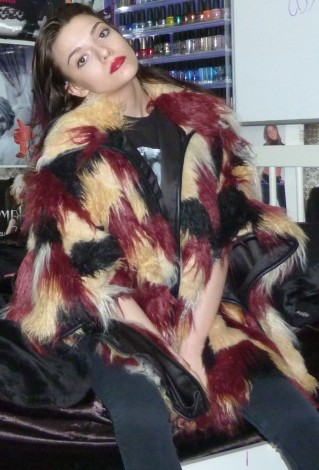 END_OF_DOCUMENT_TOKEN_TO_BE_REPLACED

Hey everyone! Wow it feels like it’s been forever since I’ve posted, geez has it really been so long? Well I have a big messy bundle of stuff I need to post, so

let’s just get right into it.

I’ve bought a lot recently, but this post is purely for my Victoria’s Secret order from a week or two ago (like the 23rd of January?) combined with the Victoria’s Secret lot I got from the mall a couple days ago. Here on the right is the picture of our haul, we basically just got tons of Victoria’s Secret and then a few things from Sephora (coming soon to a new blog post!). That’s just a crappy picture taken by my iPhone 6s but here’s the real sneak peak of the two sets of things, taken by my Lumix Fz40. I’m completely addicted!