Hey y’all! So lately I’ve been thinking. If you know me at all you know I LOVE lip products, especially liquid lipstick, and when I first started getting into them I didn’t see much of a difference between formulas but now I have 30+ liquid lipsticks including 14 different formula/brands, so I really wanted to show you all my top favorites and also just swatches of all the brands I have with as clear of a description on the formula that I can give. So let’s get into it, started with my very favorite brand! 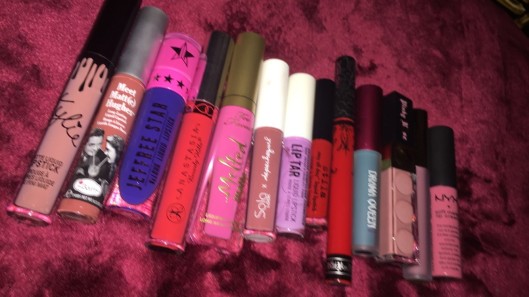 SONG OF THE DAY – Red Lipstick by Kesha. Very fitting!